Some of you may remember that I made a little prototype for a game called Cooperative Chess. Well, I’ve spent the last 3 or so months improving and productionizing it, and now I’ve got a demo up on steam. If you could do me a favor, please wishlist it to appease the Steam algorithm gods:

You can also play the demo there if you want (but wishlist is the main call to action here). If you don’t have anyone to play with, I’ve deliberately tried to add some solid single player content including some interesting puzzles.

At this point, it behooves me to mention that the impetus for all of this was what we’ve retroactively termed a “molasses jam” with the theme of turning a violent genre non-violent. And all of the games that participated in this slow and sticky game jam have submitted to Steam Next Fest, which requires that you have a demo for your game available for the duration of the event (June 16-20). And true to Parkinson’s Principle it’s come down to the wire getting this demo in place and I’m a wee bit burnt out (after all of this I’m going to be taking a nice little break for myself).

“So what did productionizing Cooperative chess entail?” you might be asking. Well some of it was updating the aesthetics. As you may have noticed, the game is not pure black and white (which is how it started). At one point I just threw in a gradient background for kicks and it ended up sticking and helping drive the rest of the tone for the game: acknowledging chess, but focusing on beginners and willing to shed certain chess standards. And that wasn’t limited to visuals, but broader UX concerns as well. For example, in the image below you can see that the white king is in check (from the attack path emanating from the black queen) and you can also see which pieces can actually do something about it (since all other pieces have reduced opacity). 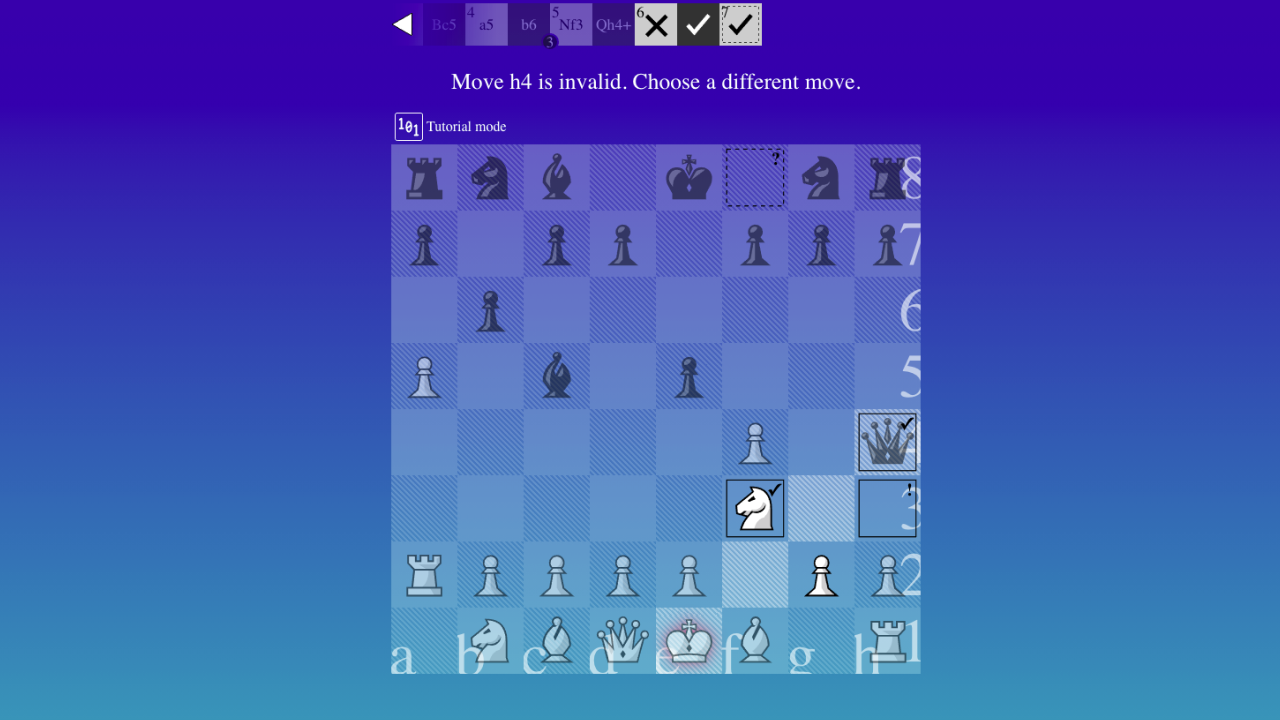 On the technical side, I had to rewrite everything to use node instead of cramming everything into a single html file like I had before. All this so I could use electron (which bundles a website with chromium to be able to ship as a desktop app). Landing on that tech stack took a while to decide, but ultimately seems like it was the right choice (at very least I’ve learned a lot). Though there were some annoying hurdles that I knew I’d have to deal with that generally proved as bad as expected (shout out to Mason Remaley for helping me integrate the Steam SDK with electron).

I also knew from the outset that I wanted to work with an artist for the cover art and that was a whole saga (or at least it felt like that to me). I tried looking for an artist to contract and ended up going with someone recommended by a friend. Note that this was somewhat of a rushed decision because I needed to make the Steam page for cooperative chess live before the deadline to submit to Steam Next Fest (back in mid April). Well unfortunately, this artist wasn’t really producing something of the quality I wanted - it felt rather lifeless and dull (which is partially my fault for starting her in the wrong direction and probably a bit because she wasn’t super familiar with the idiom of video game art). Fortunately, I had a backup plan. And that was to have a fellow dev and molasses jam participant Mana. Working with Mana it was clear how valuable having a good rapport and back and forth is. We may have gone several weeks past the Steam Next Fest deadline (I just used the substandard drab art for my submission and just held back on marketing), but I’m quite pleased with the outcome. And I’ve definitely learned a thing or two about working with others. 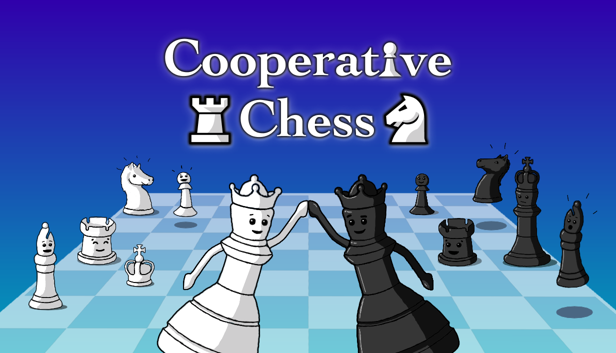 So yeah, that’s the story of Co-op Chess so far. Now I’m going to take that break I mentioned.

P.S. Big shout out to Jon Peck for the SFX and Raph d’Amico for working with me on Co-op Chess to add some juice (juice is an actual term of art within the game dev world for those that don’t know).