I’ve been focusing on fleshing out the world of Metasweeper recently. And I mean that somewhat literally, in that I added some animals and transformed previously lifeless things to flesh and blood (actually it’s still an open question whether creatures in Metasweeper have blood, but’s a consideration for a future date). In doing all of this, I started developing a taxonomy — in a sense play-acting an old school Linnaean natural philosopher, but for a world I created.

I’d like to share the taxa I discovered for the fauna (animals). We’ve got four “phyla”: cube-based, line-based, sphere-based, and darts (I’ll probably come up with more evocative names someday).

Cube-based animals are the most common. They tend to be passive and are generally light and floaty. Examples include the “fireflies” that float around aimlessly and act as points of light; all the doors which are actually ensembles of rectangular columns that rise out of your way when prompted; and the new hoppers that jump around in water and hide when the player gets too close (pictured below).

Line-based animals are far more energetic. They like to move fast and often form spirals. Examples include the signs that resolve to an image when the player approaches (bottom right); bounce pads that are now spirals that launch the player up (bottom left), and the new version of bridges in Shockwood Mire (the new name for the electric swamp); these are comprised of a pair of converging snakes otherwise best described by looking at the image immediately below.

Sphere-base life are the ones that damage the player. For now that includes the “mines” inside the black cubes and the Red Sprites that are one of the main (and most complex) things the player interacts with that isn’t just vanilla minesweeper.

Finally, we’ve got the darts. This is more of speculative group as it now only consists of the little fish-like creatures in the spawn pools and the exact same ones that reside inside the player avatar. But I’ve got vague plans for some flocks of darts that fly around in maybe the desert area and changing the flag symbol to be more obviously of this type.

Then there’s all the flora (and maybe some microbial life), but that’s not as varied and I already talked enough about taxonomy, so I’ll leave that to the imagination of the reader.

Finally, I’d like to round out this post by giving my promised report on that whole game accelerator thing. Well, my team bit off way more than we could chew so we only ended up with a demo instead of a launched game like we were supposed to. But we’ve decided to keep at it, albeit at a much slower pace, so it may yet launch eventually. So what did we make? Well, we’ve got a name:Astro Knight. And some gameplay: platform combat. Also a bit of story/theme to hang stuff off: 5 levels corresponding to the 5 stages of grief (image below is from the anger level). More exiting to me is the art style: a kind of quirky, eclectic, retro-feeling synthwave. Part of what gives it this vibe is an edge detection + bloom effect and “animation” that’s actually just the key frames, which gives it an almost strobe-like feel. 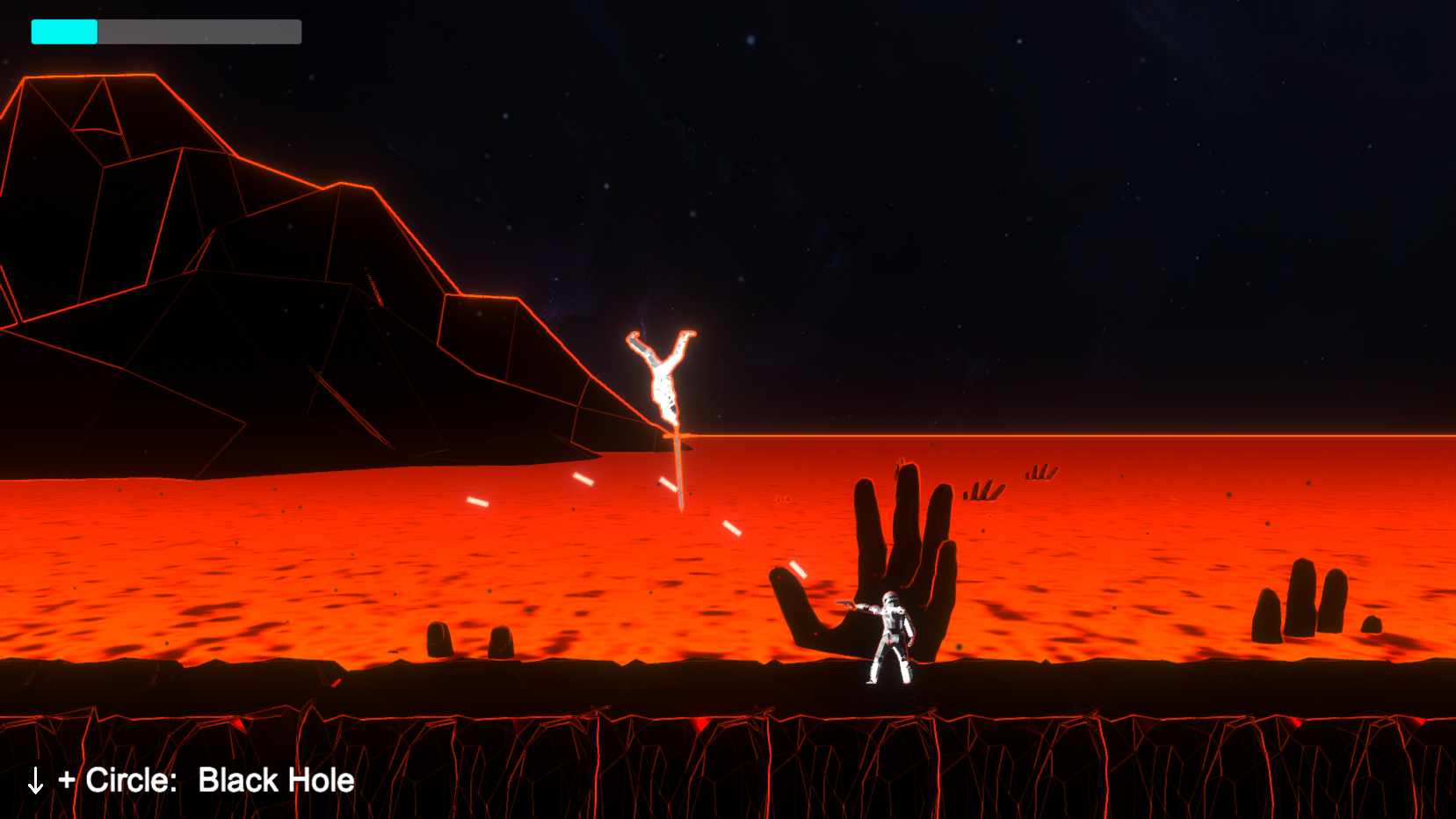 But addressing the program at large, the sense of community was great and I’m hoping to stay engaged with it in the future, and I really like the organizer (Willem Delventhal) and the way he thinks. Being honest, I was a bit overqualified so I didn’t learn that much about the actual craft of game design (which wasn’t really one of my goals so that’s fine). Rather, I learned much more about the team dynamics of making a game (which was one of my goals). So overall I found the experience worth it.

Oh and I actually get a surprisingly generous commission for any referrals for future cohorts, so ping me if you’re interested, and I can give you way more details.

P.S. Today, I just finished my 33rd revolution around the sun (while not inside another human). So that’s a thing.