So this one marketing guru-ish person, Chris Zukowski, keeps harping that unless you have a pre-established brand (spoilers: I don’t), you should get your game up on Steam and earning wishlists as soon as possible (the Steam team themselves say pretty much the same thing). So once I took a much needed break after all the Co-op Chess/Steam Next Fest stuff, I whipped together a page and logo and whatnot for Metasweeper, and now it’s live on Steam and ready for all those wishlists!

Note that it will be quite some time before Metasweeper actually launches. So be prepared for it to be in wishlist limbo for a couple years. 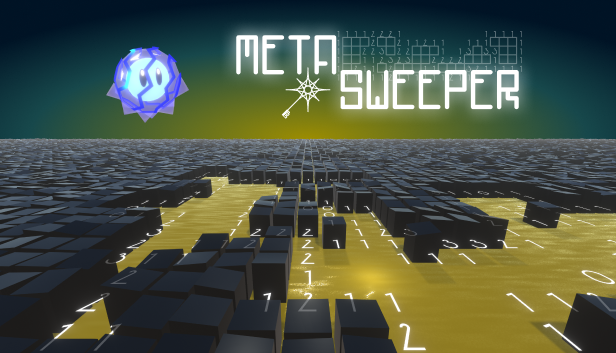 In other Metasweeper news, I had a epiphany. I’ve been contemplating how to add NPCs to Metasweeper. Well, I’ve got this avatar that’s a sphere in some sort of self propelling hamster ball cage thing. So I thought, “What if all the NPCs are in their own hamster balls? And what if the cages are actually like diving or space suits and contain an atmosphere necessary for these little guys to survive? They must be explorers!” So yeah I’ve evolved the story so that you and your NPC friends are explorers from another world. That’s why you’re spherical and everything else is more rectilinear (the native life in Metasweeper evolved under the influence of the Sacred Lattice). And the mines are an invasive species (note they also aren’t very rectilinear) that wiped out the native sentient life and part of the game is figuring that out and restoring the ecosystem. I love it when one small design choice just leads to a cascade of other neat little consequences. That’s how you know it was a good choice.