After you leave the safe confines of Metasweeper’s starting forest area, what happens? Well, that’s what I’ve been working on the past two weeks. I wanted to give a sudden opening up feeling (similar to Hyrule field from Ocarina of Time) and I quickly selected a new desert biome to suit this purpose. To make convincing desert sand, I changed the directional lighting a bit and added a reflection effect inspired by the game Journey. And while I was messing around with reflections, I perturbed the top of the black tiles that hide mines so that when you travel on top of them, they make a sort of glittering reflection pattern.

I’ve also completed a pretty thorough draft of Metasweeper’s first real “dungeon”: the desert mesa. While working on the mesa sandstone, my fancy new custom terrain editor really started to pay off. I was able to take the beveling and randomize it a little bit and mess with the slopes (it’s surprising how much it looks like weathered sandstone without much effort on my part). And there were some nice dividends making an interesting and complex level design that would have been quite painful without this terrain editor. Side note: the dungeon layout itself basically just uses a large chunk of the content of the previous Metasweeper prototype. 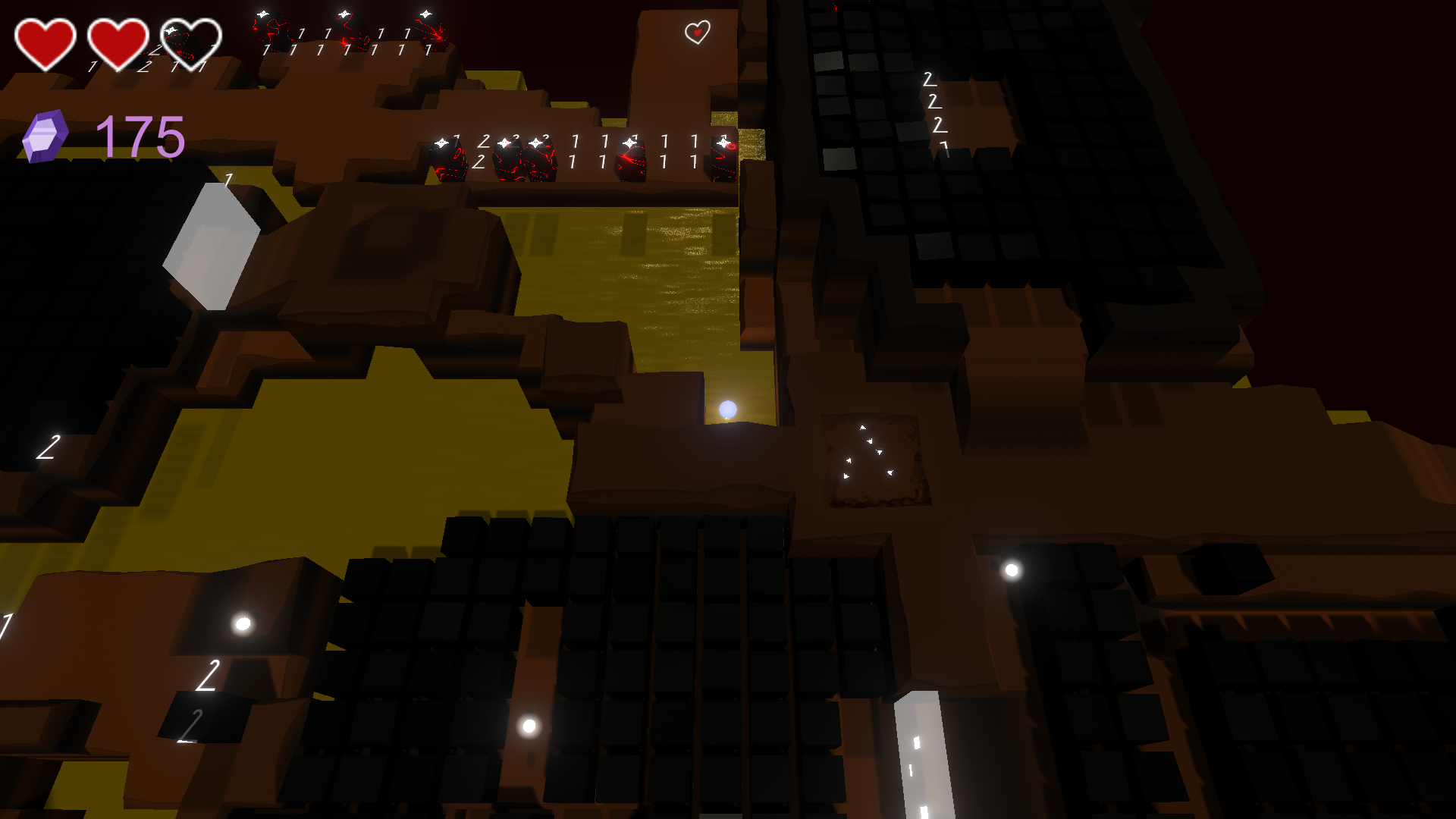 Still a ton of work left in this new section (and plenty in the starting area for that matter), but I’m hoping to create a playable pre-alpha mini demo in the next week or so.