It’s been awhile since I’ve told you about what I’ve been up to, so this is going to a bit of an omnibus newsletter. I’ll start with what’s been most exciting for me lately: Super Rhomberman, my bespoke hardware game where you play bomberman on an LED strip wrapped around a sphere. You may recall that I started this as a sort of palate cleanser after launching Obversion. But I naturally had to shelve it when the pandemic struck, but now it’s back and it’s even better than I anticipated. Really just watch the video below to get an idea for what the game is. Shout out to Mana who is doing the music, SFX, and some low level technical stuff. Also thanks to Jedd for filming.

I’ve also been working on The Marplebox. This started as a set of exercises taken from the textbook Rules of Play and, well, let’s just say I couldn’t help but see some ways to improve them. So before I knew it, I ended up with a box full of game materials (generally for simpler party-type games), and nine robust exercises that reference custom decks of cards full of different base games, game elements, and game materials. If you want to see more details about the exercises and a few example games that we created using them, check out this doc. 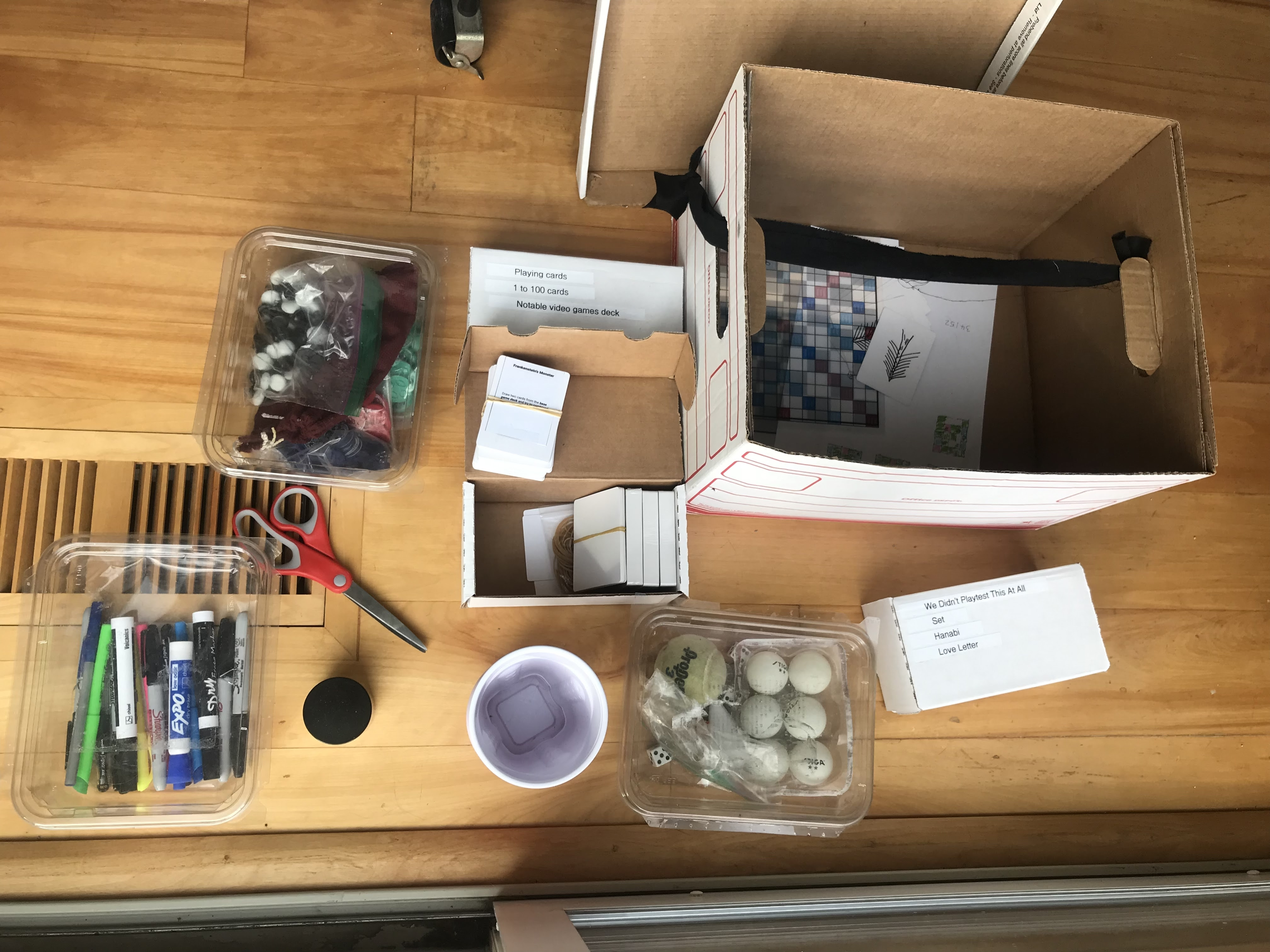 I guess now it’s time to talk about the games that I normally talk about. Progress on Metasweeper has been quite slow given everything else I’ve allowed myself to be distracted by (quite intentionally I might add). I’ve been working on setting up the mechanics for the ice biome so I can do some level design. I started working on a tutorial area that exists outside the land of the sacred lattice, but I’ve since decided that I need to hold off on this before I devote too much time and energy to it (see the gif below for a cool suit up sequence that I’m definitely going to use somewhere one way or another). And I added a few other little bits of life like tiny snakes that slither amongst the clover (at right angles of course).

For Cooperative Chess on the other hand, I’ve decided to “cut my losses” in a manner of speaking. I’ve grown increasingly annoyed with trying to use electron to package a website as a desktop app and quite frankly I’m just not that excited by the concept anymore, and if I’m not excited, why should I expect people to pay for it. So putting this all together, I’m abandoning launching on Steam and instead just going to throw it up on itch.io (I mean the game is at least good enough to exist somewhere on the internet and represent me). I’m also going to do a little experiment and put a small speed bump prompting the player to sign up for this very newsletter where there used to be a hard road block between the demo and paid version. The site is still restricted for now but you can access it here if you want to check it out.